Staff at the Jewish-owned Leopold Seligman company in Hausvogteiplatz, Berlin, 1933. Of the 2,700 Jewish-owned firms that year, only 150 remained by 1939.

Uwe Westphal is a man on a mission. The German novelist, journalist and consultant has devoted more than 30 years of his life to investigating the brutal Nazi takeover of the Jewish-dominated clothing industry in Berlin – and his findings have since served as evidence in numerous restitution claims.

His latest, as yet untitled, exposé of what he calls “state-organized theft of unbelievable magnitude” is scheduled for publication early next year. Westphal promises it will be “more explosive” than anything he has revealed until now. “And I’m still not done,” he adds.

Westphal, 60, was in Israel recently for Tel Aviv Fashion Week, delivering lectures on his pet subject. He tells Haaretz that his latest findings, based on documents discovered in newly opened archives, will constitute a “gold mine” for those still seeking restitution payments from the German government or from private individuals who profited from the so-called “Aryanization” of the German garment industry in the 1930s. 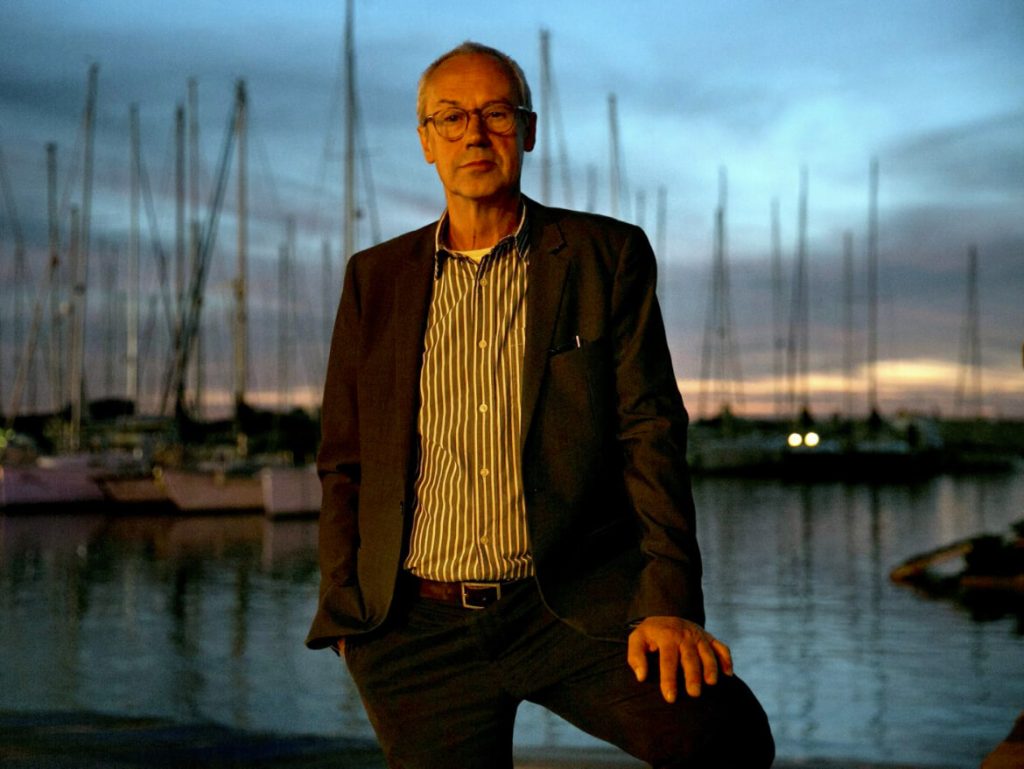 The figures he quotes are staggering: In 1933, nearly 2,700 Jewishowned clothing companies – most in the ready-to-wear line – existed in Berlin, accounting for an overwhelming 85 percent of the industry and employing some 90,000 workers. By 1939, only about 150 remained.
“The industry was completely and utterly destroyed and robbed with the help of German banks, which refused to give loans to Jewish businesses, and insurance companies, which refused to issue Jewish businesses with policies to protect exports – and this was an industry based largely on exports,” explains Westphal.

It was almost by a fluke, as Westphal recounts it, that he developed his longtime obsession with the pre-Holocaust Jewish fashion industry in the German capital. In the 1980s, as a rookie reporter trying to realize his dream of
becoming a foreign correspondent, he consulted with several editors who gave him some unusual advice. “They told me I should become a fashion reporter,” he recalls. “‘But I know nothing about fashion,’ I told them. And they said not to worry, that I would work myself into it.”

It was not long after that, while covering a fashion show in Paris for the German daily Der Tagesspiegel, that Westphal met an elderly woman with a story he had never heard before. She told him she had been a fashion designer in Berlin, but was forced to leave the country because she was Jewish. A few weeks after they met, she sent Westphal a long and detailed letter about her memories from that time. “As a kid, I had learned about the Holocaust and the Nazi period and all that,” says Westphal, who is not Jewish. “But until then, I’d never ever heard about the crimes committed in the textile and fashion industry in Berlin.” 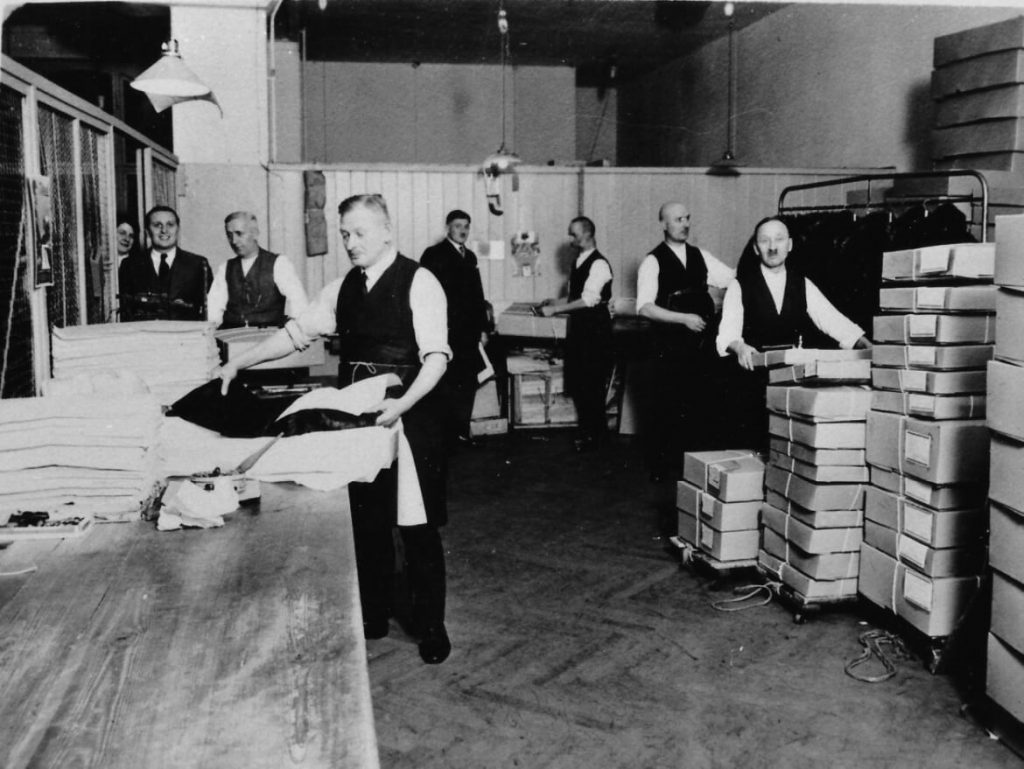 One of the final photographs taken of staff at Leopold Seligman, before the firm was forced into
liquidation by Nazi officials in 1935. Seligman left for London and later resettled in New Mexico.

In 1992, Westphal published “Berliner Konfektion und Mode 1836-1939” (“The Clothing and Fashion Industry in Berlin 1836-1939”), a two-volume book that documented the Aryanization of the Jewish fashion industry. This “fact book,” as he describes it, included an index listing about 200 Jewish-owned businesses that existed in Berlin in the 1930s and the names of those who, in Westphal’s words, “robbed” them. His decision to point fingers and name names drew fire in certain quarters. “I had some problems, to put it mildly,” he recounts. “I received threatening phone calls, I had to move six times. Ultimately, I left Germany and moved to London and from there to New York.” (He later moved back to London, and now divides his time between there and Berlin.) But there were also some who benefited from the book’s
publication. Westphal’s findings were used by lawyers in German and English courtrooms to obtain restitution payments for Jewish clients in several dozen cases – including many, he says, who had “lost everything they had.”

After the book was published, Westphal was inundated with letters from Jews worldwide whose families had owned business in the garment industry in prewar Germany. Each letter contained a detailed, personal account of the tragedy that had befallen the family, often accompanied by photographs. Westphal realized his work was not over: Three years ago, he published another book on the Jewish fashion industry in pre-war Berlin – this one a work of fiction.
“Ehrenfried and Cohn: Goodbye, Berlin – The Last Fashion Show” (published in German by Lichtig Verlag in 2015 and a year later in English) tells the story of a Jewish clothing company in 1930s Berlin that was taken over by the Nazis and whose owners return after the war to reclaim their property. “Although this is a work of fiction, I can truly and honestly say that nothing about this story was invented,” says Westphal. “It’s based on a compilation of anywhere between 220 and 240 personal accounts I’ve received.” He says his third, soon-to-be-published work was made possible
thanks to new archival material made available after the fall of communism. Many of the documents he discovered on this little-students at Berlin’s Humboldt University.

Westphal admits to being disappointed that his research and findings haven’t elicited a greater outcry in Germany.
“If I ask prominent fashion designers in the country whether they don’t think they should take into account what happened in the past,” he says, “they usually just shrug their shoulders. They don’t want to do anything to make amends.” This doesn’t surprise him – especially considering what a prominent German fashion designer once told him, in private, about the fate of his Jewish peers during those prewar days. “He said it was their greatest hour of luck because, as he put it, they ‘got rid of the competition,’ and knew they would continue to profit as a result in the postwar years,” says Westphal. “And indeed, many did.”