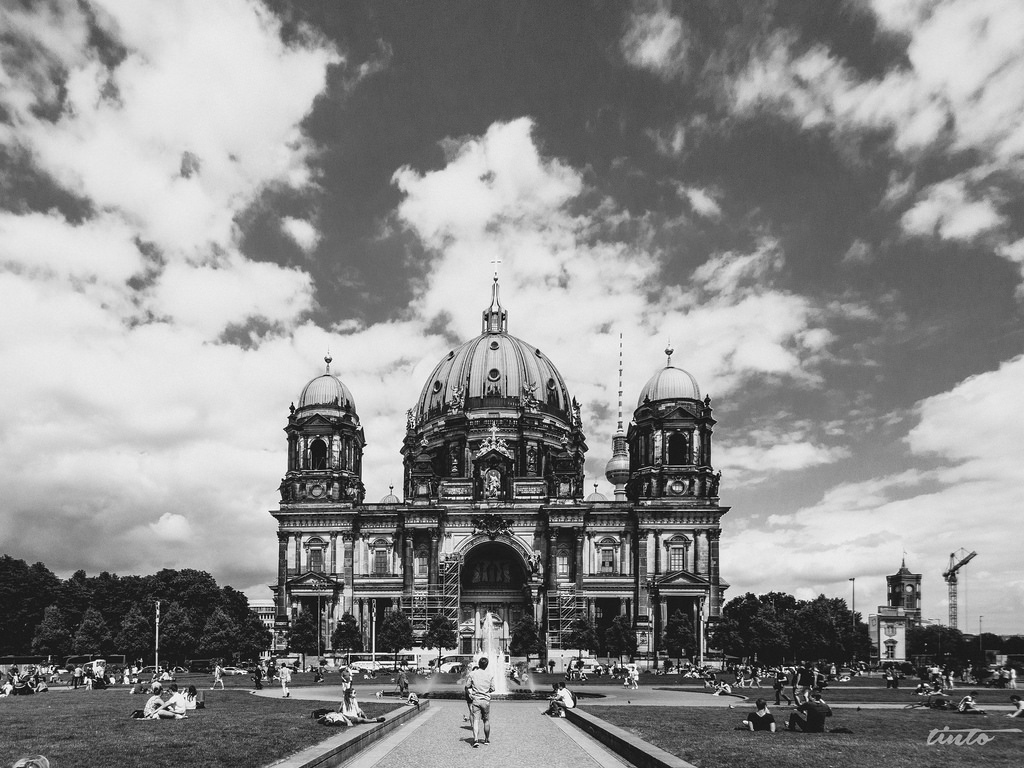 I am writing to you with reference to your current exhibition:

Stolen Heart: The Theft of Jewish Property in Berlin’s Historic Center, 1933–1945 that is promoted on your website: https://www.lbi.org/2016/03/stolen-heart-exhibition/

The Stolen Heart Video Map: http://www.cgpartnersllc.com/fresh/post/video-map-charts-injustice-leo-baeck-institute/ illustrates the expropriation of five Jewish family homes in Berlin during the Third Reich.

Although I have not seen the exhibition personally, I would like to point out some historical inaccuracies, which detract from its impact.

Even today, the massive scale of Nazi expropriation of Jewish property is not fully appreciated and is all too often played down by some politicians, historians or simply ignored by those industry leaders in Germany whose companies were involved in so many ways in those Nazi-era crimes.

In 1989, I published Berliner Konfektion und Mode 1836 – 1939 – Die Zerstörung einer Tradition, second edition1994.  After German reunification in 1990, I had the opportunity to conduct research in former East German archives and at the Oberfinanzdirektion Berlin.  I discovered that roughly 1,900 small and medium-sized Jewish enterprises (only) in the fashion and textile industry were either confiscated, went insolvent due to bank restrictions against Jews or “aryanized” by German businesses or the Nazi state.   The total value of properties and businesses belonging to Jewish textile and fashion firms was the equivalent of what would be today about $1 billion.

The forces behind the confiscation was the Nazi interior ministry, the Victoria Insurance (still in existence and now a subsidiary of the global ERGO-Insurance company which has many branches in the US) and greedy German businessmen who leapt at the opportunity to get rid of Jewish competition.  A document I recently found at the German state archives reveals the intention of Nazi officials to take over functioning Jewish cloth businesses, which had large export quotas, for their own and well-known purposes. One of the leading Nazi politicians involved in this enterprise was Joseph Neckermann (between 1950-1985 Neckermann was the biggest mail order company in Germany) as well as the owner of the internationally known men’s fashion company HUGO BOSS.  Mr. Neckermann (CEO) built his company’s post-war fortune on the confiscated Jewish property and businesses. HUGO BOSS was deeply involved in exploiting and killing Russian prisoners of war at the concentration camp Lietzmannstadt/Lodz (where these poor souls were exploited as forced laborers producing German uniforms using the very same machinery confiscated earlier from Jewish firms in Berlin and all over the Reich).

Regrettably, I think your current exhibition is a wasted opportunity.  It does not display, and fails to illustrate, the catastrophe of the confiscations and the resultant crimes even though all the relevant information is available, having already been thoroughly researched.  Jacob Toury, a member of the LBI Jerusalem, wrote most of the history of the Nazi expropriation of Jewish firms and its scale in the LBI book, volume 42, published in Tuebingen 1984 (Jüdische Textilunternehmer in Baden Wurttemberg 1683 – 1938).  In his essay and research, Toury pointed out the vital role the confiscation of ‘Jewish fashion and textile businesses’ and property played to the Nazi state.

Having explored the history of the Berlin Jewish fashion industry in two more books over 30 years, (Berliner Konfektion und Mode 1836 – 1939; Ehrenfried & Cohn, novel, Lichtig Verlag-Berlin, 2015) it is clear to me that ignoring the scale of “state organized theft of Jewish textile and fashion firms” (a term I coined in 1992) seriously under-states what actually happened.

Besides, the number of restitution cases filed by former owners of Jewish fashion and textile firms that were based in Berlin between 1945 -1990 was roughly 470.  Most of these claimants received restitution, even though more should have done so but were unable to succeed due to missing documents relating to their former companies which languished in East German archives.  After German unification an estimated 100,000 claims were lodged with the German government and those responsible at the Berlin Senate.  In September 1990 a federal law (§4  and 5 of the Gesetz zur Regelung offener Vermögensfragen (Vermögensgesetz – VermG, ) opened the door for claims for Jewish restitution and Jewish property as well as other claims concerning property and real estate in the former eastern part of Berlin – and therefore Berlin Mitte – among other suburbs of Berlin.  1992 was the deadline for claims, but not for restitution, as the Jewish Claims Conference (JCC) stressed in its report 2014.  The bulk of compensated, often unclaimed Jewish property went to the JCC, which reached a deal with the German government in the range of $ 90m.  Furthermore, the JCC became the guardian of further compensation programs for individual survivors, pension funds and financial help for many Eastern European Jews.

In 2004 the BRDV (central German government office for such restitution claims – among other cases) was, and still is, in charge of negotiations for restitution either to individuals or with the help of the JCC.

To say, as the LBI in the exhibition does, there were only about 15 successful restitution cases in Berlin-Mitte after 1990 is simply a distortion of the facts and it ultimately minimizes the scale of stolen Jewish property and belongings in Greater Berlin and the restitution paid as well. Furthermore, even though the number of 15 restituted Jewish properties seems to be rather low, the BRVD pointed out to me, the fact that properties and the ground on which those buildings stand in the old center of Berlin – Mitte – were sold according to § 5 VermG, because nobody claimed ownership. This seems to me an outrageous procedure, but in the ultimate balance of things, restitution cash went to the JCC.  They, in turn, used that money to take care of Jews in Eastern Europe in particular (but also elsewhere) by establishing many extra funds for social issues.  Can there be justice in the final instance and after so many crimes and so much suffering? Possibly not. But those responsible did, as far as I can see, try.  An uncomfortable feeling remains.

As we all know, financial restitution did not compensate for the pain and loss of those whose property was expropriated. I personally have worked with US, UK and German lawyers on 73 successful restitution cases, i.e. Norbert Jutschenka, L. Lindemann and L. Seligmann (all of them belonged to first class fashion and clothing producers in the former East Berlin until 1935-39) after German unification.  Not forgetting the fur producers around Krausenstrasse and Jerusalemerstrasse near Hausvogteiplatz in Berlin (most of them Jewish).

In short, I would like to see the prestigious LBI make a greater effort to be historically accurate and, much more importantly, to mount an exhibition illustrating the full effect of the grand scale theft that happened in the center and outskirts of Greater Berlin (as opposed to exhibiting a mere 5 cases).

I would be most willing to act as a consultant to such a project. Incidentally, I donated some my research papers from which I wrote my books to the LBI in NY.  Feel free to consult the Westphal collection.  I am currently updating my book on the destruction of the Jewish fashion industry and am looking for an English translator and publisher.  If you were able to help me on this, I would welcome your advice.

We use cookies to ensure that we give you the best experience on our website. If you continue to use this site we will assume that you are happy with it.Ok